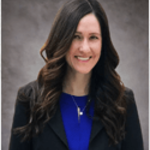 For over 14 years, Kimberly Berry has successfully represented individuals charged with crimes in hundreds of misdemeanor, juvenile, and felony cases. She is a partner at Lawson and Berry.

Ms. Berry has extensive experience conducting hearings and motions in courts throughout the state of Georgia and maintains an aggressive trial practice defending those wrongly accused.  She has been lead counsel in over 70 jury trials to date.

Ms. Berry is a graduate of Vanderbilt University School of Law where she was a Dean's Scholar. She has an undergraduate degree from the University of Georgia and is a graduate of Gwinnett County public schools. She began her legal career as a public defender and was selected into the Georgia Public Defender Standards Council Honors Program for outstanding law school graduates. Ms. Berry is admitted to practice in all juvenile, state, recorders, municipal, and superior courts of Georgia as well as the Georgia Court of Appeals and the Supreme Court of Georgia.

In addition, Ms. Berry also handles criminal defense cases in federal prosecutions in the Northern District of Georgia. In early 2011, she completed a comprehensive training course certifying her in DUI Detection & Standardized Field Sobriety Testing using the NHTSA curriculum. This is the same training that Georgia DUI officers receive qualifying them to stop and arrest drivers for DUI. Ms. Berry regularly consults with the top DUI expert witnesses and receives up to date training on developments in DUI law and detection technologies.

In 2012, Ms. Berry applied for acceptance at the national Trial Lawyers College and was selected from a pool of applicants nationwide to attend the prestigious program in advanced trial law techniques.  She graduated from the college in August 2012.

She has been honored by being independently rated as “Superb 10.0” by the Avvo rating service, joining a select and elite group of nationally recognized trial lawyers.  She has dedicated her practice to defending the rights of the accused.

Ms. Berry is committed to giving each of her clients personal attention and fighting hard to ensure that they receive the best possible outcome in their case whether that be through negotiating a favorable plea bargain or effectively presenting the case at a jury trial. While Ms. Berry is an accomplished trial lawyer, she is often able to negotiate serious charges to less serious offenses that do not harm a client's record and keep the punishments to a minimum.

Ms. Berry finds it rewarding to represent all types of people during what is often the most stressful time of their lives.

Thank you for contacting us. We will get back to you shortly.

Please complete all required fields below.

To avoid suspension of your driver's license, a letter must be sent to the Department of Driver's Services within 30 days of your arrest. If you don't do it, you will lose your driving privilege. Call immediately to assure that your right to drive is protected.

More Than 25 Years of Experience

Richard Lawson is a former DUI prosecutor who focuses exclusively DUI. Contact the legal team at The Law Offices of Richard S. Lawson immediately after any DUI arrest. Experience is the difference.

The State has lawyers whose job it is to prosecute those charged with DUI. Trying to defend yourself against lawyers trained to prosecute you can make your situation worse. Hire a top-rated DUI lawyer who will fight to protect your rights.